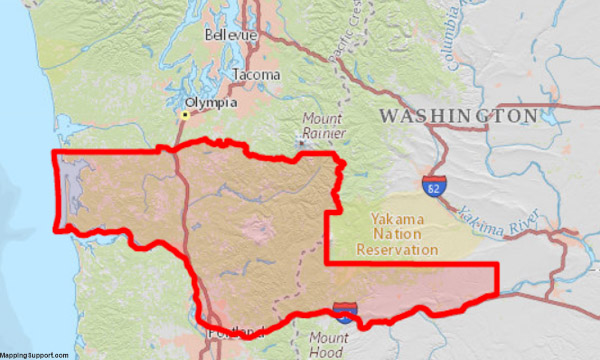 Jaime Herera Beutler is a Republican, representing Washington’s 3rd Congressional District. Her father is of Mexican descent making her the first Hispanic to represent Washington state on the federal level.

Herera was home-schooled through ninth grade and graduated from Prairie High School. In 2004, she earned a B.A. in communications from the University of Washington.

After graduation, she worked as an intern in the state Senate and as a legislative aide in Washington, DC. She was appointed to the Washington House of Representatives in 2007 to replace Rep. Richard Curtis. A year later, she was elected to the state House. During her time in the state House, Herrera opposed a bill that mandated equal treatment of the sexes in community athletic programs. In 2010, she ran for and won election to the U.S. House, defeating Dennie Heck.

In June 2014, Herrera Beutler proposed the Advancing Care for Exceptional Kids Act, would help coordinate care for children met with medical complexities in Medicaid. The bill was passed by committee but never got to a vote on the House floor. However, she favors repeal of the Affordable Care Act. Herrera Beutler opposes same-sex marriage and has voted in line with Trump&#39;s position in 88% of the time.

Herrera is married to Daniel Beutler. The couple lives in Camas, Washington. They have three children, one of whom was born without kidneys and has received a kidney transplant. Her husband is a stay-at-home father to their children.