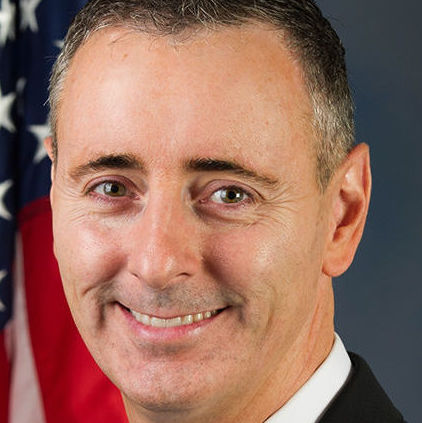 Assumed congressional office in 2017. Former Career: FBI operative. Education: La Salle University, Pennsylvania State University, Dickinson School of Law. Currently resides in Levittown. Brian Kevin Fitzpatrick is the Republican U.S. Representative for Pennsylvania&rsquo;s 8th congressional district. He was born in Philadelphia. He graduated from La Salle University, later completing a Bachelor of Science in Business Administration and both a Master of Business Administration and Juris Doctor at the Penn State Dickinson School of Law. He is a former Special Assistant United States Attorney and Federal Bureau of Investigation (FBI) supervisory special agent in California serving as a national supervisor for the Bureau&rsquo;s Public Corruption Unit, and led the agency&rsquo;s Campaign Finance and Election Crimes Enforcement program. He was elected to the U.S. House in 2016. Fitzpatrick was ranked the third most bipartisan member of the House of Representatives, and, of the 274 bills he cosponsored, 35% were introduced by a non- Republican legislator. Fitzpatrick opposed President Donald Trump&rsquo;s 2017 executive order to impose a temporary ban on entry to the U.S. to citizens of seven Muslim- majority countries.In 2017, Fitzpatrick also voted against the second attempt to pass the American Health Care Act. In a statement, he said, “We saw what happened when healthcare reform – an issue impacting 1/5 of our economy - was rushed through Congress along extremely partisan lines in 2009,&quot; referring to the ACA. In April 2018, Fitzpatrick said that President Trump should stop attacking the FBI and allow Robert Mueller to complete his investigation, stating it was improper to “judge an institution based on the actions of a few bad actors.